I have typed and edited this post a few times. Trying to find the right words—the ones which don’t offend people or stir up a hornet’s nest when it comes to tough issues–is hard. I am not the most eloquent person when it comes to sharing what’s on my heart. Sometimes words escape me. Like today.

This is going to be one of those posts. The kind that’s hard, raw, emotional, and difficult to put into words. So if you are the kind of person who can’t handle seeing the hard things, it would probably be best if you stopped reading now. This post is not for you. Be warned before you read any further—the images in this post are hard to look at! They will almost rip your heart out. If you feel that you cannot handle it….stop here!

There is no way to share what is on my heart in a watered-down, peaches-and-cream kinda way. There just isn’t. And even if there were, I totally couldn’t be bothered with trying to find it. Perhaps it’s just the frame of mind I’m in these day. You see, this week I have watched in utter amazement as the world has been in a complete frenzy of grief, emotion, pain, and sadness over the loss of Whitney Houston. The pop icon overdosed. And the world went into deep mourning. Millions and millions of people grieved the loss of the singer while our televisions, social networks, and radio stations spoke of not much else. We were bombarded by her legacy, her talent, her fortune and what will happen to it, and the sad loss to the world.

But today almost 30 000 people died of extreme poverty. And we never heard a single word about it.

Today over 160 000 000 orphans lived in appalling, filthy conditions and went to bed hungry [again]. And we never heard a single word about that either.

Today children were confined to cribs like caged animals—left to lie in their own waste for hours and hours, banged their heads on the bars of the crib to self-soothe, bit their fingers until they bled, rocked endlessly just for something to do, and consumed a diet of not much more than cabbage broth. But it’s too hard to speak about this reality—so we don’t.

Today children who turn five throughout Eastern Europe will be given a death sentence—also known as a transfer to a mental asylum for children and adults. There they will spend the rest of their [numbered] days confined to beds or cribs and will never feel the warmth of the sun on their faces or the cool breeze blowing. Shhhhh….we don’t want to talk about that either.

Sadly, even those of us who do know about the atrocities that happen to orphans in faraway lands, we too don’t want to talk about it. We’re afraid of what people will think if we share too much. We shy away from posting graphic and tough images and stories on our social networks just in case it offends a friend–can’t be ruffling any feathers, now can we?

Sometimes it’s just so much easier to get on with our lives and pretend that this stuff doesn’t really exist. 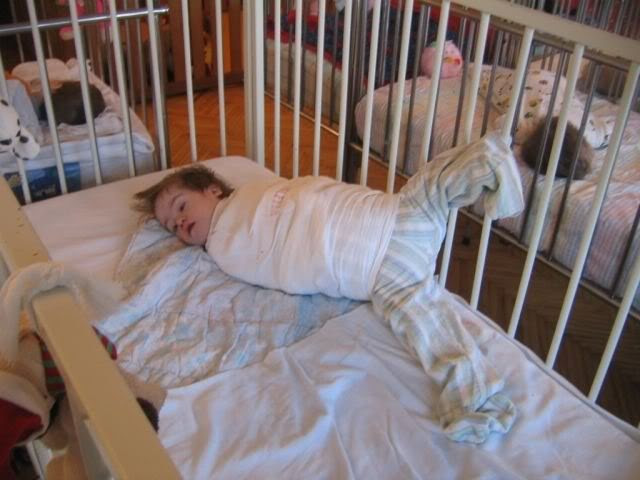 But how vastly different it is when we come face to face with calamity that we CAN do something about. That, my friends, is a whole different story. Why? Because the Scripture is as clear as daylight.

Proverbs 24:12 tells us, “Once our eyes are opened we cannot pretend we do not know what to do. God, who weighs our hearts and keeps our souls knows we know and holds us responsible to act.”

God holds us responsible to ACT!

I know how it goes. I used to be that person. I never wanted to see the hard things in this world. I was happy and content within my cushy four walls. The hard things made me feel so darn uncomfortable. Pain and suffering were something I did everything I possibly could to avoid for most of my life. After all, conviction would mean I would actually have to do something about it…and that was just too hard, required too much time, there are too many things on my plate…yada, yada, yada.

That was until the day I prayed a simple prayer…not really knowing or fully understanding that God would take my words at face value and He WOULD do as I asked. Because He’s God—the Almighty Father, the creator of the heavens and the earth—and He loves to answer our prayers.

“Break my heart for the things that break yours, Father!”

That was all it took. God rocked my world! He turned it upside down and inside out. He opened the eyes of my heart and I began to see…truly SEE!

I shared earlier in the week that something occurred to me as I was praying over the 119 children who got quickly added to this list. I remembered that there was a time in my own life when I just had absolutely no idea about what the word “transferred” meant next to a child’s name. I was completely clueless…until God began to break my heart for the things which shattered His. I began to do research. All of a sudden I wanted to know what happened to orphans. I needed to know.

The more I learned, and the more my heart broke, the more I came to realize how very little the orphan crisis was spoken about in churches. I could not remember a single time in all my years of being a Christian and sitting in church faithfully every Sunday that I had heard a sermon taught on their desperate plight. Not once. I realized that the ones who did know the truth were like an army being sent into battle with very little reinforcements—facing a giant far bigger than anyone was talking about—yet with very, very little help to gain any significant victories.

I do think that things are getting better. I do think the message of the orphan crisis is starting to be shared in congregations more now than it did even five years ago. But what a long way we still have to go! I am always shocked when people write to me after I share something on my blog and say, “I had no idea!”  Even with all the social media, the internet, and continuous news channels–people still do not know.

You know what I think? I think we need a massive awakening! I think the sleeping church needs to wake up and start talking about the hard things. We need to be talking about the catastrophes which happen not very far from where we live. This is reality, friends. It is not some made-up, Photoshopped picture someone did as a sick joke! This is real life.

This is the face of desperation–of abandonment, neglect and poverty! 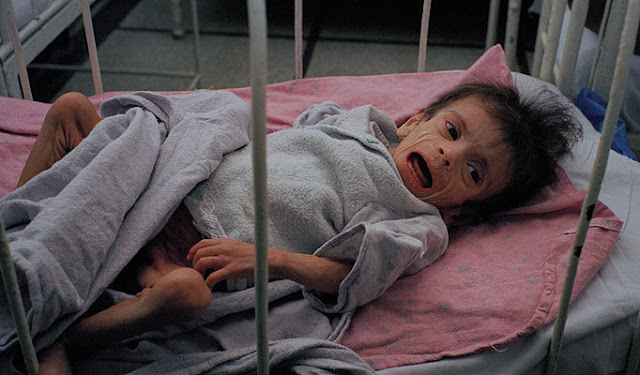 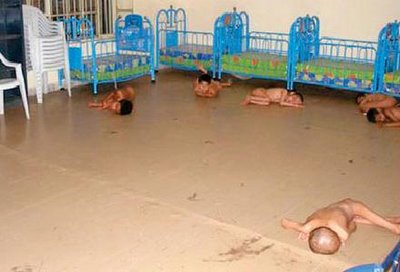 Did you know that this sort of thing even existed?  I am going to keep this post always, so that I can send it to the next person who writes to me and protests, “But isn’t an institution in a child’s home country better than bringing a foreign child to this country?”  You have GOT to be kidding me!

These are the Father’s beloved chosen people! Created in His image with a purpose and a destiny—each one of them with the potential to become so much more than what they currently are. Every precious child is a gift from His hand. Why can we not see that? Why do we turn away and refuse to get involved? Why is getting the next best gadget on the market so much more important than the life of a child who will certainly perish if he remains where he is?

Why is it so easy to mourn Whitney…but not shed a single tear for the ones such as these? 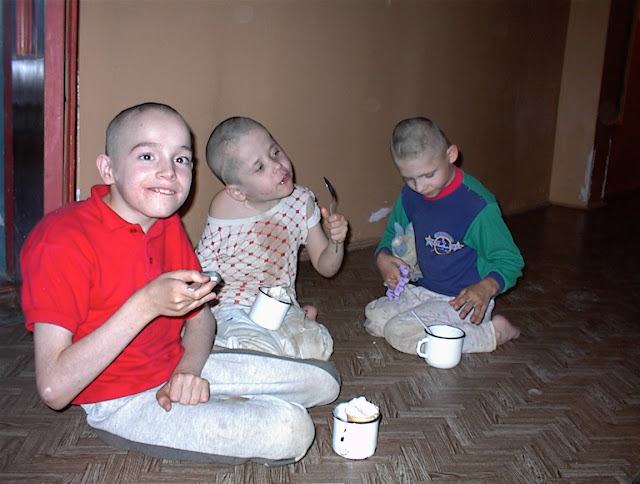 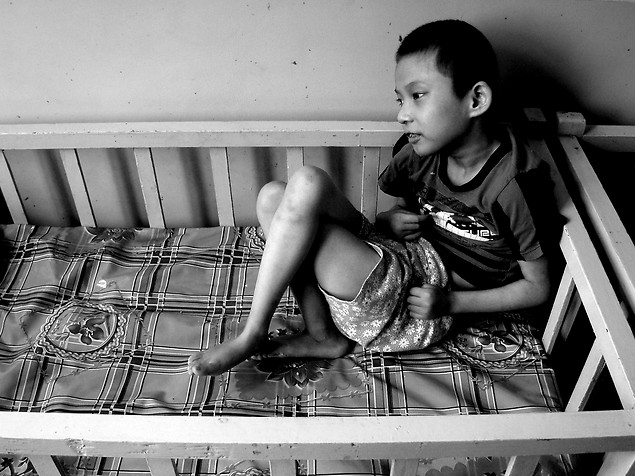 We need an awakening, friends! A movement which ignites a fire and a passion in each one of us that makes us want to jump in and do anything we possibly can to help.

Some will read this and say, “Not my calling! Not my problem!” I have news for you today…IT IS! James 1:27, Psalm 83:3, and many, many other Scriptures tell us in no uncertain words that it IS our problem. It’s non-negotiable—it’s not a calling, it’s a COMMAND. Big difference. 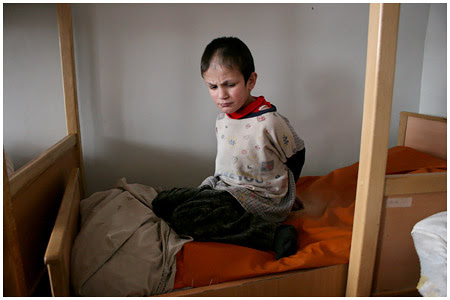 I don’t know about you guys, but I am so out of excuses. I am completely over myself! As I sit writing this I cannot think of one good enough reason as to why I should NOT do everything I humanly can to try and help. Those 119 children with the word “transferred” next to their name? They are living on borrowed time. I was once told that 95% of them will die once they are transferred to a mental asylum. For some of them, when that day of transfer comes, so does the word “unadoptable.”  Their time to find a family has run out. They will literally spend the rest of their days confined to a crib, bedridden!

It IS our problem! 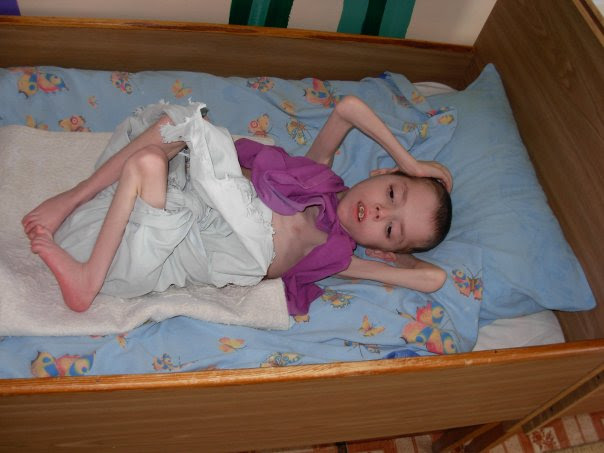 credit: all photos from google

AWAKEN US, Lord! Stir our hearts, ignite passion in us, show us where we can get involved, shift our priorities.  Challenge us, show us what truly matters in this life, make us uncomfortable so that the only place we find true contentment is not in the things of the world, but in relationship with You…doing Your will, obeying your commands!  Convict our hearts, Lord Jesus!

treasures of darkness (part two) »
« the power of one