It was last December.  An e-mail found its way into my inbox.  It simply read, “Please help!”

It’s the sad reality of the fatherless.

I opened the e-mail and my heart literally sank.  Having been involved in the adoption community for nearly seven years now, I knew.

I knew exactly what the e-mail meant.

I knew the reality of what I was reading.

I knew the desperation and the staggering statistics.

And I knew that at that moment I really didn’t want to know.  Because sometimes it’s just so much easier not knowing.

I went to bed that night with a heavy heart.  “What can I do, Lord?”  “How can I prevent the inevitable from happening to this boy?”  I ached for one more of God’s beautiful children who would soon be lost to a life my human heart simply could not comprehend.

The following morning I got up early with a burden to share my heart about this precious boy.  Jonathan’s story began to travel far and wide. Thousands and thousands of people not only read his story, but had the eyes of their hearts opened to a reality that is not often spoken of.  A reality few of our hearts can fathom.

There are really no words to describe the sad and devastating reality of the child who ages out (becomes unadoptable due to their age) of the adoption system.

In Jonathan’s eastern European country there is nothing sweet about turning sixteen.  It is literally a death sentence for these young people. For some, it is the beginning of the end. They soon realize that their teachers and caregivers (the people they trust) are releasing them into a very uncertain and scary world. At this point the protective walls of the orphanage come crashing down, and the nightmare of life without the protection of a family turns into the sad reality for these children.  They are given a small bag in which to place their worldy possessions and about $30 in cash….and are then sent away from the orphanage–the only place many of them have ever known as home.

When they leave the orphanage and enter the “real” world, they are completely alone. Abandoned! This is the most critical crossroads in any orphan’s life – the point at which immediate survival dictates their decisions and drives many toward a life of desperation and abuse.

They are told to find a place to live, find food for themselves, find a job, and get a life. It is no surprise to discover that there is a very high suicide rate–more than 10%–for newly released orphans and that they are prime targets of the human slave trader and sex traffickers. More than half are recruited to a life of crime or prostitution, and 30% become addicted to alcohol and other drugs during their first year of living independently.

I have been told that about four million orphans who are released from orphanages are trafficked worldwide with eastern Europe being one of the largest exporters for human trafficking. Trafficking involves recruiting or transporting another person in order to place them in a situation of abuse or exploitation such as forced prostitution, slavery-like practices, battery and extreme cruelty, sweatshop labor, or exploitative domestic servitude.

They are usually sold for $1,500 and their life expectancy is then two years!

Oh, God in heaven!  How can it be?  What if that were one of my own children? I cannot wrap my head around those statistics. Why are more of these children who ARE available for adoption not being chosen?  Why do so many age out of the system–when there was a chance for them to be adopted?

My heart cried out to the Lord.

Little did I know when I wrote that post last December that the God of the universe was already going about His business–that He had already reached down from heaven and said, “NOT this one!  For I know the plans and the purposes I have for this, my beloved son!”

Even before Jonathan’s story went viral, God started preparing the hearts of one family.  The seed of adoption had been planted a long time ago as they had journeyed across the ocean to expand their family through the blessing of adoption twice. But God was not done with them yet. He had burdened them for a cause that broke His heart in two–an older child adoption. One look at Jonathan’s picture the morning I shared it here on my blog, and they knew.  They knew that saying no was just not an option and that allowing the normal fears regarding adopting older children (and there are many) could not stand in their way of being obedient to what the Lord was calling them to do. 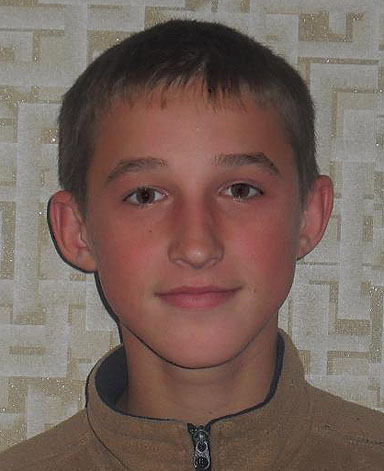 The journey has been marked with obstacle upon obstacle.  Many times it seemed humanly impossible that this could ever work.  Time was their biggest obstacle.  There literally was none.  When the family found him, Jonathan had just days before his sixteenth birthday and the reality that could never be changed by human standards was that any day now he could be out on the streets.

With the help of a God-sent facilitator, the Mickschl family was able to get word to Jonathan that he had been chosen, that he was so very wanted by them.  Can you even imagine the surprise on this young man’s face when he heard the words that someone actually had chosen to love him?  For years he had begged any adoption facilitator who came to the orphanage to please find him a family too. It is so heartbreaking for these older children to see baby after baby be adopted…and wonder if their turn will ever come.  It was the absolute desire of his heart–to love and be loved. To have a family to call his own.

Around the time of his birthday, Jonathan had given up all hope of anyone ever coming for him.  He knew what his fate was.

Because an orphan knows.

The orphanage director has graciously agreed to allow Jonathan to remain in the orphanage for a limited period of time.  His family, who adore him already, are working as fast as is humanly possible to get to his country in record time.  They are in a race against time. This is a humongous leap of faith for this sweet family who have already come up against so much opposition for following the call God has placed on their lives to go and adopt Jonathan.  The journey has not been easy.  At all.  But they have let their yes be yes…come what may.  With hope in their hearts and unwavering faith, they have pressed on toward the finish line–trusting and believing that Jonathan will NOT become another statistic of an orphan who finds himself in unfathomable circumstances.

The only thing standing in their way right now are the finances to rescue this young man from a life of sheer hopelessness! Having just recently completed an international adoption of a child with special needs, they have depleted all their resources.

I believe with all my heart that money should be the last thing on a family’s mind when they adopt a child.  They say yes, and the rest of us, the army of the Living God, rally in support!  Not everyone is called to adopt an older child.  But we are ALL called to care for the orphan (James 1:27) in some way.  Supporting and coming alongside families who are called is such a blessed way to “care for the orphan.”

After sharing my heart on the desperate plight of orphans recently, I got inundated with e-mails asking, “What can we do?”  “How can we make a difference?”  Well, friends, this is one way that all of us can truly make such a profound difference in the life of a child.  Together, we can save this boy from the life that awaits him on the other side of the orphanage walls–a life expectancy of two years!  Together, we can play a part in Jonathan’s unfolding miracle.  And you and I together can hold up the arms of Jonathan’s precious family in this battle to save his life and tell them, “We are here to support you…now go and get your son!”

No, we cannot save them all.  But we sure can do everything we possibly can to save the life of one at a time!  Every life is precious and valuable.  Every child deserves the love of a family.  And no child ever deserves to be put out on the street with nowhere to go!

Today I come to you, the amazing people who read this little blog of mine, pleading for your help.  I long to ease the tremendous burden the Mickschl family is feeling financially.  I don’t even want them to have to think about the darn money to rescue Jonathan!  Focusing on rescuing their precious son should be all they need to think about.  They have enough on their plates.  Rescuing an older child in record time is not for the faint of heart.  It takes a huge amount of courage.

Would you be willing to jump in and help?

A ministry that I absolutely love, Project Hopeful, has graciously agreed to receive all the funds which are donated toward Jonathan’s adoption.  I love these guys so much.  They are the real deal–people who walk the talk!  I am so thankful for their help with the mission to save Jonathan’s life.

All donations are tax deductible if donated via the ChipIn below.

Please can you all do me a huge favor?  Would you mind sharing Jonathan’s story wherever you possibly can?  I am praying that not only will people be willing to help save this one young man, but that hearts will be opened to many, many others just like him–children who are on the brink of becoming unadoptable….and lost forever!  Let’s spread the word that every single child deserves a family–no matter how old they are!

All statistics are from Haven Bridge.  Read it and have your heart be broken for the things which break God’s heart.