Here is Part Two of Hannah-Claire’s story and mine.  Go and read Part One before you read this one if you haven’t already.

So me and my new baby boy spent three glorious days together in the hospital.  As the time approached for us to be discharged, we had one little problem.  They would NOT let us go until we had named our baby and filled in all the necessary paperwork.

Yikes. We had no name.  We were so convinced that our baby was a girl, our Hannah-Claire, that we never even thought to consider a boy’s name.  We have always asked the Lord to name our children.  And so we prayed.

It didn’t take long for our answer to come from heaven.  “Cade Charlton.”  Cade means “Defender of the Faith.”  We liked that.  All our children have family middle names–Charlton was my mom’s maiden name.

As the days and weeks passed, Anthony and I started looking ahead and trusting God for what HE had planned for our family and our future.  We had absolutely no idea how the Lord was going to lead us to our daughter, but we knew He would, simply because He said so.

Somewhere in the middle of the millions of abandoned girls in China was our daughter, the ONE the Lord had spoken to our hearts about. We had no idea how to find her, but God did.  Our only concern was to put one foot in front of the other and follow His lead.

And so we did.

As we started educating ourselves about adoption (we were seriously clueless), the Lord led and guided us.  He was specific about just two things.  Firstly, that we were to look for an older child, not a baby.  And secondly, we had to go the special-needs adoption route.

Special needs?  Heck!  We didn’t even know what that meant.  We had never heard of a “special-needs adoption.”  The only thing we knew about special needs was that it was the thing we did not want our babies to be born with.  “As long as they’re born healthy, with ten fingers and ten toes, that’s all we care about,” I told people when they asked about my babies in the womb.  And now, there we were, seeking out a child with special needs.  How things had changed.  How WE had changed.

Oh, and the cost of adoption?  Boy, were we ignorant!  Where in the world were we ever going to find more than $20,000 to pay for an adoption?  As a ministry family, we didn’t have that kind of money in the bank. We thought it was completely insane.

But obedience was everything to us.  We were willing to do whatever it took to find our daughter, and we’d leave the rest in the capable hands of our loving Father.  It was as simple as that.

“Hello, Mrs. Salem, this is Amanda from the adoption agency.  We have a little girl who we think you may be interested in.  She is nearly three years old.  And, oh, Mrs. Salem her birthday is August 30, 2002.”

I just about dropped the phone.  Not because we had received a referral but because of her birth date.

She was born on the same day as Cade, just two years prior!  The date we knew our daughter would be born.  What’s more, she was born the exact time that I read the article about the plight of the Chinese girls, while we were living in Australia.  Of course the doctor would not change my C-section date, even after I begged her to (she had no idea how she was being used by the Almighty Father).  Cade and Hannah-Claire HAD to be born on the same day–it was always meant to be that way–since before the foundation of the universe.

Goodness, it all made perfect sense.  All the pieces of the puzzle began to fall into place.  God was so intentional.

Within minutes, we received an email with some pictures of “Wang Wang.”  Oh my, she was the sweetest little angel.  We printed out the pics, put them on our refrigerator (our prayer wall), and began to pray.  Hard.  We had two weeks to do all the research we needed to do and give the agency our answer. 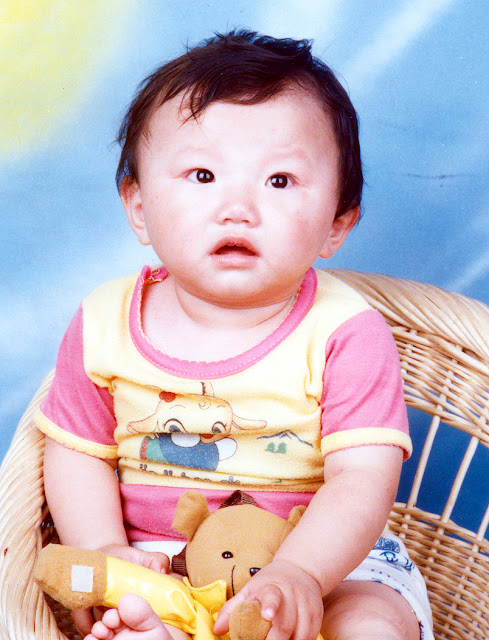 Anthony was nervous.  This would be a huge leap of faith for our family.  We already had three kids, we didn’t earn a whole lot of money, Cade was still just a baby,  family members had reservations. Would people reject our daughter?  Could we even love a child who was not our own flesh and blood?

On and on and on we went.  Getting to that point to just saying, “Yes” was so hard. 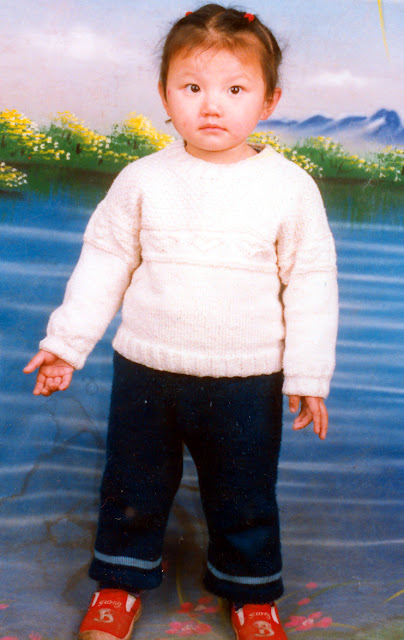 Yeah, sometimes we really are complete idiots.  There we were, looking for some kind of divine confirmation when God had already pretty much spelled it out for us–as clear as daylight.

After days and days of praying and looking at the little angel whose picture was on our fridge, one day I got so frustrated of waiting and waiting for Anthony to give the “Yes and amen” (there you have it–sometimes my ability to be a great wife just totally stinks), so I told him in a not-so-very-nice tone that we should just forget about it and tell the agency no thanks.  Let’s just say that waiting is not one of my strong points.

With that, what Anthony describes as a “holy panic” rose up in him.  He knew then and there that he needed to speak up and finally make the decision he was terrified to make–come what may…

He could not let her go.  She was ours.  Our sweet Hannah-Claire.  We could hardly wait to go and get her, give her the name God chose for her, tell her about Jesus, and love her like there was no tomorrow.

In March 2006, with our toddler Cade in tow, we made the trip to China.  Our first stop after arriving was an American-run orphanage just outside Beijing.  We had collected a whole suitcase full of supplies for them.  Hindsight is a wonderful thing, and when we look back there are definitely moments in our lives which are pivotal–defining moments where you just know beyond a shadow of a doubt that the LORD has guided your steps.  Visiting that orphanage was one such moment for Anthony and me.

For three hours we walked around that run-down building.  We loved on babies, played with toddlers, and had a constant trail of little ones hot on our heels for just a brief cuddle.

There are no words to describe what God did in our hearts that cold winter’s day.  We wept like babies.  I cried until I had no more tears.  My life and my heart had been opened up to something I knew very little about…the fatherless.  We never knew about the millions of children who were abandoned. We drove away knowing that we would never be the same again.

Little did we know how radically the path of our lives would change.  The following day was Sunday.  Like most adopting families, we had the privilege of attending a church service that day.  Consisting of only international people, it was amazing.  I sat there with fresh tears running down my face as the minister’s main message was about Hannah and her beloved Samuel.  His scripture?  The very one that the Lord gave me as a promise way back in 2003, “I prayed for this child and the Lord has granted me the desire of my heart.”  We were both one big bundle of emotion.  God was so good to us–confirming again and again that we were walking the path that HE had chosen for us–a path we never saw coming our way.

As we drove to the civil affairs office that morning I could only but thank Him for trusting us on the journey, and that even though we were slow to get it at times, He was so patient to show us the way to this precious little girl.

And then she was there, before our very eyes.

I’ll never forget the moment they brought Hannah-Claire into the room.  She came right up to us and said, “Mama!” and “Papa!”  Then she rattled off her story in Chinese.  She was confident, smiley, and took to us as though she has known us her entire life.  When it was time to leave, she literally waved goodbye to the caretakers who brought her, put her hand in ours, and marched toward the taxi that would take us back to the hotel.  There were no tears, no signs of grief, no sadness whatsoever.  She made us her family. Instantly.  All fears of how she would transition into our family were gone.  Her little heart had found a home.  The Lord had answered our prayers and prepared her heart.

Now she was ready for a completely new life.  At three, she quickly realized we didn’t speak like her, so she ambitiously and aggressively tried to learn English, even while we were still in China!  She’d pick up a glass, for example, hold it up to us, and say, “Huh?”, as if to ask us what the English word was.  We’d say “glass,” and she’d repeat it in her sweet Chinese accent. 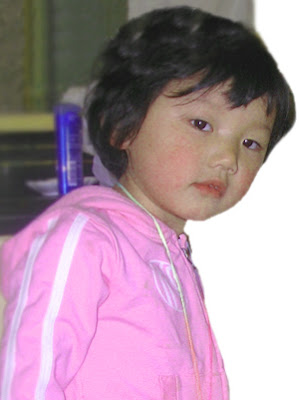 The day after Gotcha Day, Anthony went to visit the orphanage two hours away where Hannah-Claire spent the first two years of her life.  We felt it was best not to take her back there.  She was just doing so well, and we didn’t want to change that.  So Anthony went alone.  The director made lunch for the visitors and shared about the children.  As he spoke of Hannah-Claire, he told Anthony about her sunshiney personality.  And then he just happened to mention her name.  In the orphanages all the children are named by the director.  He explained how he chose their names by looking at the kids and observing their mannerisms.

“Her name means ‘clear and bright,'” he told Anthony.

Clear and bright!  That’s exactly what Claire means.  The second name God gave us for her.  Remember?  The name He told us to add to Hannah.  Her Chinese name and her English name had the exact same meaning.

We were blown away.

Hannah-Claire has fitted into our family like a glove.  She has been everything we could ever have hoped for or dreamed of in a little girl.  We feel so blessed that God chose us to be her parents.

Two little lovies who share the same birthday–as it was always meant to be.  From the moment that Hannah-Claire met Cade in China, she started calling him “DeeDee” which means “little brother” in Chinese. 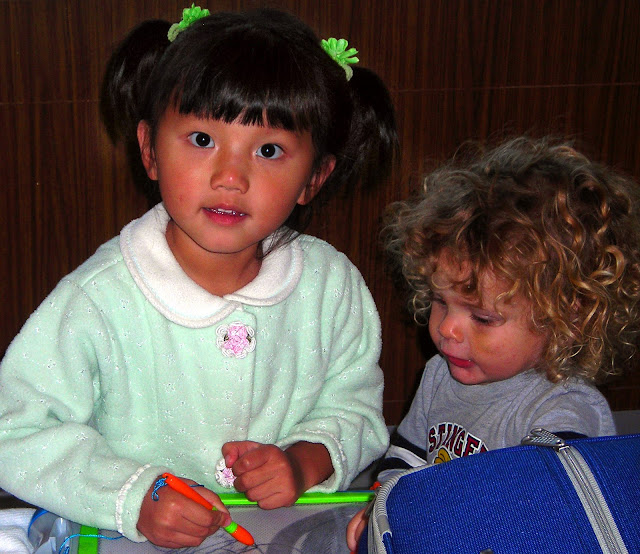 She is kind, loving, talks about a thousand different things in one breath, asks a gazillion questions that are completely unrelated, is smart, and tries so hard.

What treasure we found. 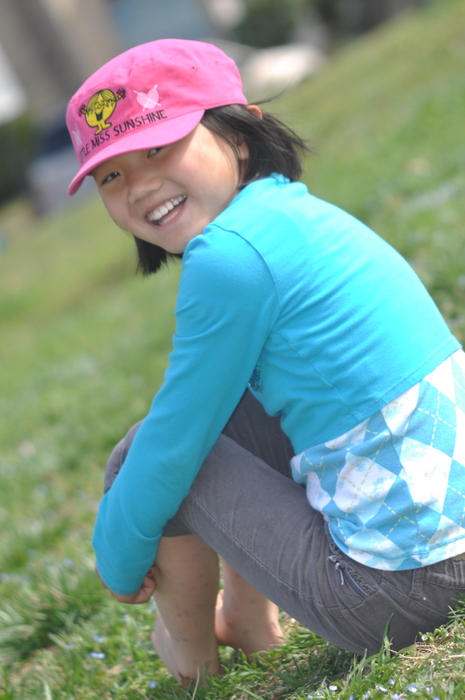 I will share more of our story in the days to come.  Hannah-Claire’s adoption has been so much more than just her being added to our family.  It has been a journey that began with one little girl–that led to another, and another, and still another…..

She has been like a “seed” that has led to so much more.

The heart of God imparted to us.

All so that we can step out and follow His lead in our lives.