This week we celebrate five glorious years of having Hannah-Claire in our lives.  I promised you that I would share her story and mine here on my blog.  When I started writing it out I realized that it would be quite long–so I am going to post in two parts.  This is Part One.

I so clearly remember being newly-in-love.  Ours was a whirlwind romance.  We met, got engaged three months later, and the wedding was 6 months after that.  I remember our first conversation about kids.  Coming from a big family, he wanted four children.  I thought he was completely nuts and said, “No way…two’s my max!” 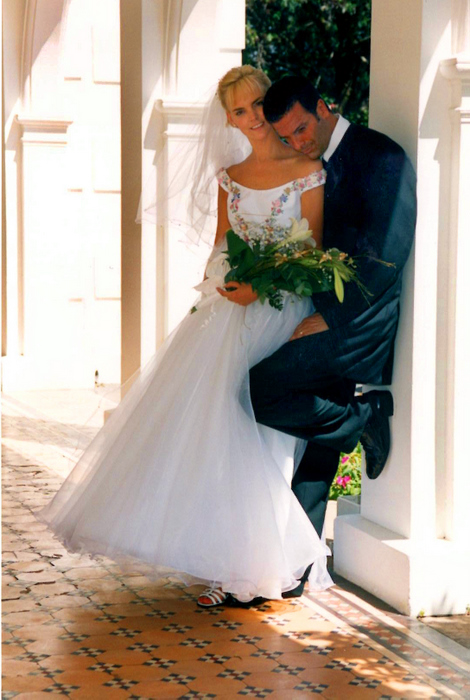 Yeah, yeah…just as well the Lord doesn’t reveal tooooo much to us before the time is right–I would have run a mile had I known what was to come.

So everything went according to plan, and we had two kids in 18 months.  Life was good and we were done!  Our family was complete. 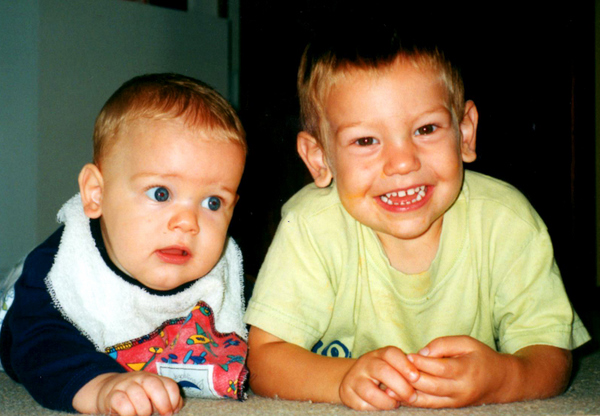 Our sons were little when we moved to Australia to serve as missionaries there.  When Kellan turned 18 months, something changed in me.  I had such an intense desire for another baby.  It was the craziest thing ever.  I just looked at a stroller and wept.  I longed for it. I ached to feel life moving within me. Hubby?  Ummmm….not so much.  He probably thought my little baby thing would soon pass.  But it didn’t.  For two long years the yearning remained.  In fact, it intensified.

But the time had not come for us to conceive yet.  Timing was everything, I was later to learn. 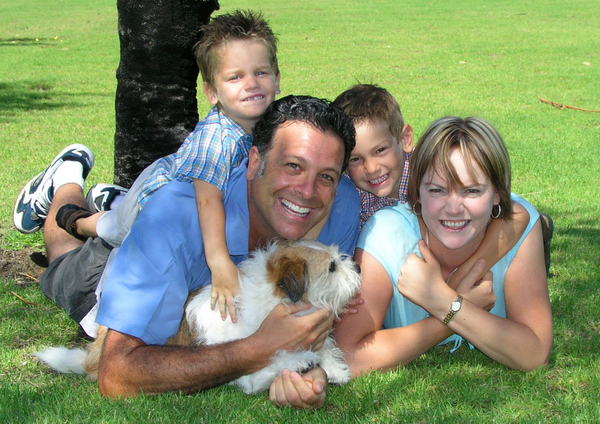 One sweltering Australian summer’s day I sat with my Bible open–pouring my heart out to the Lord.  Crying out for another baby to love.  It was a desperate plea to my Father in heaven.

And then it came. Suddenly.  In the quiet of that moment I heard it.  The still small voice that I had learned to follow over the years.  With great tenderness He whispered a promise to my Heart.

“Beloved, you will have a baby.  A daughter.  You are to name her Hannah.”

Then, He gave me a Scripture to seal the promise.  “I prayed for this child and the Lord has granted me the desire of my heart” (1 Samuel 1:27).

My heart soared.  After two long years of praying and waiting for what felt like forever, the Lord had answered me.

Just two months later, I was pregnant.  Sadly, I miscarried in the first trimester.  Oh my goodness, I was heartbroken.  The Lord was so gracious and merciful to me though, and it was soon thereafter that we were pregnant again.  Just a few weeks into the pregnancy, God got very specific with me about what was to come and the journey that lay ahead.

“Adéye, write down the journey I am about to take you on.  Journey in faith and do not find out the sex of this baby.  Trust Me for the things I have spoken to your heart. Trust me completely!”

And so we did.  We trusted Him completely.

I was five months pregnant when we moved from Australia to America.  The glorious summer humidity greeted me in Virginia.  It was HOT.  I grew larger and larger. One night the Lord awoke me in the middle of the night.  He gave me one word: “Claire.”  I had no idea what in the world it meant.  I thought that perhaps I was meant to pray for one of my dearest friends who lived in Australia, so I did.  I never said anything to Anthony about it.  A couple of days later he came home from work and had something to say to me.

“Honey, the Lord told me today that we are meant to add the name Claire to our daughter’s name.  She is to be named Hannah-Claire.  The name Claire means clear and bright.”

Amazing God.  Hannah-Claire she would be.  Because He said so.

An ultrasound showed us that our baby was big.  At 38 weeks I begged my doctor to allow me to deliver the baby early.  I knew I would have to have a C-section.  I was HUGE.  So seriously uncomfortable too. I got gestational diabetes, which was no fun at all.   I had delivered both my sons two weeks early.  The baby was doing great and everything was fully developed.  There was absolutely no reason not to deliver early.

But the doctor would not budge.  She had scheduled my C-section for August 30th and that was IT.  She would not change my date, nor would she allow me to deliver early.  I was not a happy girl. I wanted that baby out so badly.  But little did I know then how the Lord was quietly going about His business. Sometimes I am a slow learner and I forget that my God is the ONE who holds every single detail of my life in His hands–including the day and the hour that my babies are to be born.

Finally, the much anticipated day arrived.  Anthony and I got to the hospital early on the morning of August 30, 2004.  Our baby girl was about to be born.  I remember it now…lying on that bed in the freezing theater waiting for the epidural to kick in.  Anthony, holding my hand, leaned over and said, “So, honey, we’re sure. This is our daughter, right?”

“Honey, has God not promised us?” I said with absolute certainty.

God had taken me on an amazing journey for nine months.  Stretching me like never before to trust Him for the things He had spoken to my heart.  It was absolutely one of the greatest journeys of faith I had ever had to walk with God.  Of course He keeps His promises.  Of course I heard Him speak to me that day in Australia.

I had no doubts whatsoever.

Within minutes the doctor was working quickly to take our baby out.  Anthony watched their every move…waiting in anticipation.  Looking at me, looking at them, squeezing my hand.

And then it happened.  I saw my husband do a bit of a double take as they took our baby out.  I watched him lean over and look carefully….and then look some more.

Anthony waited for my reaction. 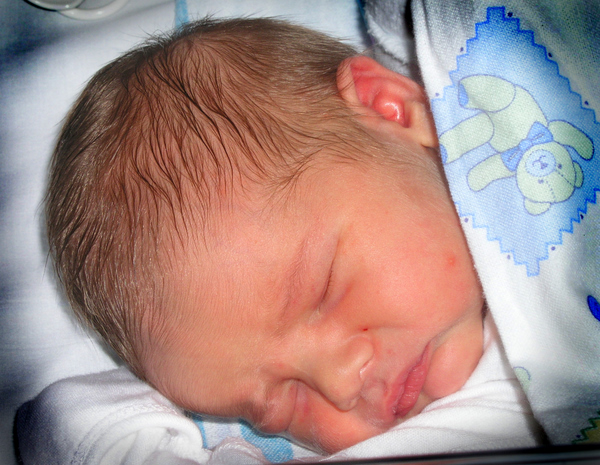 You know, something incredible happened right then at that very moment.  Time stood still for me. Lying on that freezing cold table, shivering uncontrollably from the effects of the epidural–it is by far one of the most beautiful experiences I have ever had with my Father in heaven.  It was one of those defining moments with God. Absolute peace washed over me as I heard the voice of the Lord whisper into my ears and heart….

“This boy is meant to me.  I don’t make mistakes, my daughter!  I have a purpose and a destiny for this boy that your other two sons cannot fulfill.  He is meant to be!”

I looked into my new son’s sweet little face and such joy overcame me.  Joy indescribable. Peace that passes all understanding washed over me.  I knew that I knew that the Father had great plans for this son of ours.  There was no doubt, no regret, no questions….just peace and love for our boy.

We were in love with our third son.  We were blessed beyond measure.

Soon after the doctor delivered our son, she confirmed with me that I still wanted to have my tubes tied.  “Yes,” I told her.  We were sure.  There would be no more biological children.  Funny thing was that I never even felt like I needed to change my mind since our baby had been a boy.  I knew that I knew that it was the right thing to do.

The following day I sat nursing my angel boy, and for the first time I began to wonder–to ponder all that had transpired.

What about my daughter?  Where was she?  How was God going to fulfill His promise to me?  It wasn’t that I doubted or questioned whether I had actually heard Him correctly all those months ago.  I knew that my Father in heaven always kept His promises.  I just had no idea how He was going to fulfill this one.  With everything in me, I trusted Him.

It didn’t take long for my answer to come from heaven that day.  I asked, and He answered me.

In the quietness of that hospital room, He reminded me about an article that I had read while living in Australia in 2002.  An article about the desperate plight of Chinese orphan girls. Something I had previously known nothing about.

“Oh yes, Lord, I remember, it was the first time I had ever read about the precious girls who are abandoned.  My heart broke.”

And then I knew!  With everything that was within me, I knew!

The Lord had broken my heart for a reason! He had burdened me and brought me to tears that day in Australia.

A new journey was about to unfold.  He would lead us down a new road, one we never dreamed of traveling.  The journey would  lead us to China.

And there we would find our daughter–HIS promise fulfilled in my life.

And so my answer from heaven came that day. 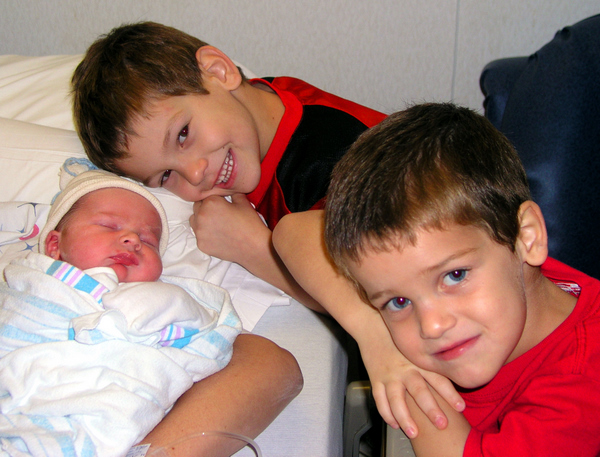 I had a beautiful new son in my arms whom I adored, and we also had a little girl waiting for us in China.

My answer came in the form of a scripture.

Whether you turn to the right, or to the left, your ears will hear a voice behind you saying, “This is the way; walk in it.”   Isaiah 30:21

We knew that God would show us the way.

What we did not know is just how amazing and literally miraculous the journey would be.