My heart broke in two recently when a young man named “Kyle” ran out of time to find a family.  According to a family who met him last summer, it was the absolute desire of his heart–to love and be loved, to belong.  Many, many of you did all you possibly could to help when I made the final plea for him, but sadly, no one stepped forward to commit to adopting Kyle.  In his country, orphans age out of the system (become unadoptable) when they turn 14. With Kyle’s birthday rapidly approaching next month, it is now impossible for a family to complete all the necessary paperwork and get to him on time.
So very sad.
I ache for these older children.  For many of them who age out of the system, they literally have nowhere to go and end up on the streets.  For orphans in Eastern Europe, on a day close to their 16th birthday, they are given a small bag to bundle up their earthly belongings and about $30….then are sent out into the world.  For orphans in Asian countries, well, they too have zero choices about where to go.  It is devastating!  Sadly, many of them fall into lifestyles of substance addiction, trafficking, and sheer hopelessness.
Yes, I know that many have said that for some of these older children, staying in their home country is not such a bad thing as the adjustment to life in another country is just too difficult.  I agree–sometimes it must very, very difficult.  But for every one of those children there are the many others who long, with all their hearts, for a family.  ﻿
For every one of the orphans who would prefer to stay in their home country, there are the ones like “Kevin”–a sweet young man whom I advocated for a year ago.  Oh my goodness, what a blessing he has been to his family!  I thought that today would be the perfect time to share their story with you.  Why?  Because there so, so many more just like “Kevin”–young people who are aching to have a home, a family, a name of their own (not some random orphanage name), and a place in this world to belong.  Later this week I will come to you, the readers of my blog, with some of these precious ones who so urgently need someone to come for them…before time runs out.
~~~~~~~
It is an absolute joy for me to share the O’Malley family with you today.  I pray that their story will encourage and inspire you and that many will realize that older-child adoption can be such a huge blessing to a family.  With God ALL things are possible.  Older children choose to have families too! 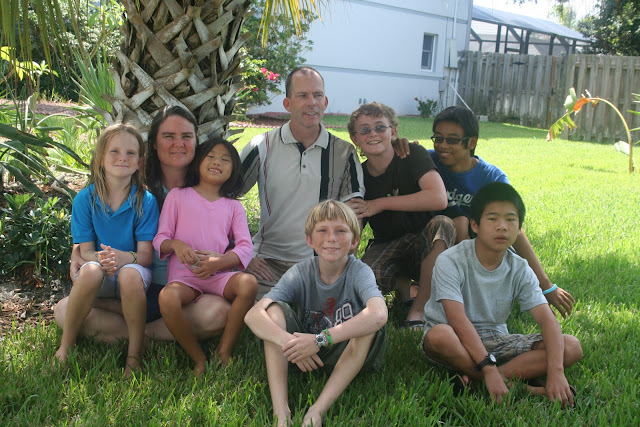 We started our journey down the road of adoption in 2005. We had three biological children, two boys and one girl, and felt that our daughter needed a sister. God led us to China Special Needs adoption. While learning all we could through the yahoo groups, I “met” a family who lived near us, had been matched with a little girl in the same province as our daughter and expected to travel the same time we did. This friend had adopted previously and had travelled with the Salem’s. So it was through this friend that I “met” Adéye and began following her blog.

When we returned from China, I knew we would return again for an older boy. I didn’t realize at the time that it would be five years before we returned. In 2010, we started the process to adopt an older boy. It was during that time that another friend was allowed to bring home two boys from China at once. I had prayed about this possibility and had been looking through the shared list to see if there was another son for us. But I had never mentioned the possibility to my husband because I didn’t think he would be agreeable.

On Friday December 17th, we submitted our LOI for a healthy 10yr old boy from Changzhou. On Monday December 20th, I saw this post. After reading that post, I knew I had to do something, so I began to spread the word about this young boy and our entire family prayed for him to find his family. I also mentioned the possibility of us adopting this boy to my husband, but he was not on board. When I asked him why, he said that two new boys were just too much. Since he is a stay-at-home Dad, I had no leverage to argue any differently. Despite my husband’s objection, I contacted our social worker to discuss the possibility of bringing home this boy. He was not in favor of this either for many reasons, the least of which was the disruption of birth order. However, he said that if we truly felt that this was God’s will, he would not stand in our way.

I eventually asked my husband if it was OK for me to request this boy’s file. He agreed that I could if I thought it would help me to advocate better for him. So on Wed December 29th, I requested his file from our agency. On Thursday, Dec 30th, I was reading in my Bible from Revelation 21. It talks about the new heaven and the new earth and the old heaven and the old earth passing away. I thought about a new life for this boy and the old life being left behind him. Then I got to verse 7 and it says “He who overcomes will inherit all this, and I will be his God and he will be my son. ” (bold mine) I began to wonder if God was working things out behind the scenes for us. After dinner that night, my husband asked me to go for a walk. We talked about the possibility of bringing this boy home. I told my husband that we needed to make a decision quickly or there would not be time to get the paperwork done for his adoption.

The next morning, 12/31, during my quiet time, I asked God to please let us be the boy’s family but only if it was His will. I spent my lunch time in prayer for this boy. I turned to 2 Chronicles 6 and started reading. Verse 32 says, “As for the foreigner who does not belong to your people Israel but has come from a distant land because of your great name and your mighty hand and your outstretched arm” it was a confirmation to me that the boy would become our son. About 30 minutes later, my husband called me and said “Yes”. On Monday morning, January 3, 2011, we submitted our LOI for “Kevin”. His birthday was February 9th – 37 days away. There was only one hitch. Chinese New Year began on 2/3 and all government offices were closed from 2/2 until 2/8. We thought we only had 29 days. 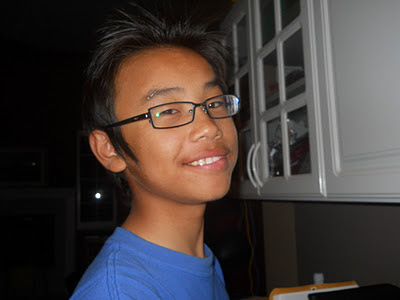 On January 5th we received PA for “Kevin” and on 1/12 we received LOA for both boys. Despite many efforts to get the immigration process expedited, it took the full 14 days to receive the I-800 for both boys. The paperwork was overnighted to the National Visa Center and on 1/27 we were cabled and on 1/28 we received travel approval. During the process, Kevin’s orphanage and provincial officials agreed to open their offices on 2/8 and allow us to finalize his adoption then.

We travelled to Kunming, China and adopted “Kevin” – now known as GW – on 2/8. A week later, we travelled to Nanjing and adopted his younger brother on 2/15. We returned home on 2/28. Since then, GW has become an integral part of our family. He is a funny, sweet, quiet, caring young man. He is competitive, but takes it easy when he plays basketball (one of his favorite sports) against his younger siblings. He is good at math (though he doesn’t like long division!), loves to read (especially western classics and Sherlock Holmes) and is learning English quickly. He enjoys Chinese Bible Study and listens intently to the discussion. He loves to take walks and listen to music. He is also a good singer! GW likes to cook Chinese food; good thing, since he likes VERY spicy food and no one else in our family does! He is a very healthy 14 year old boy who wears glasses. His only special need – was a family. 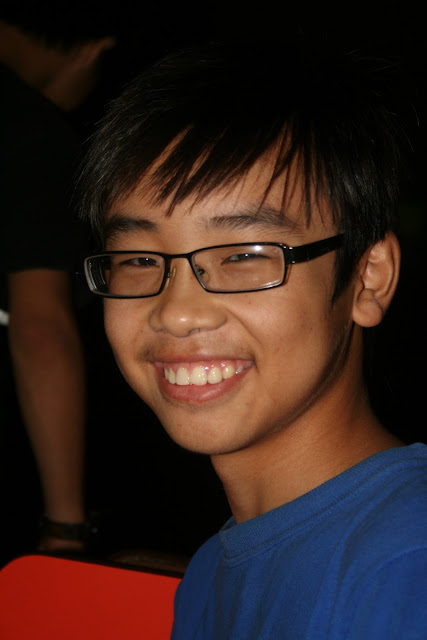 Since he has come home, he has experienced his first: bicycle ride, day at the beach, swim lesson, Easter Egg Hunt, Mother’s Day, water slide, camping trip, kayaking trip, Father’s Day, tennis game, 4th of July, visit to Wet n’ Wild, movie in a theatre, roller-skating, visit to Kennedy Space Center, Halloween, and visit to a naval vessel. And before long, he will get to experience his first visit to Disney World. 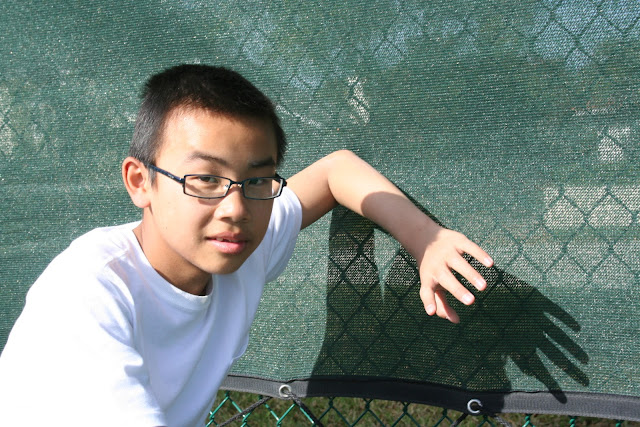 GW has been a wonderful big brother, but he does wish he had an older sibling. Unfortunately, that is one wish I cannot grant him. However, I hope GW is instrumental in granting that wish for other children. Through our wonderful experience of adopting an older, aging out child, God (along with some human help) has prompted me to start a blog to advocate for all kids who are in danger of aging out of adoption http://www.youroutstretchedarm.blogspot.com/.

If you haven’t given older/teen adoption a thought, take some time and think again. While the road is not always easy, it is certainly well worth the journey.

~~~~~~
Anyone wanting more information about older-child adoptions can contact Donna via her blog right here.  I know she would be more than happy to share their experiences with anyone.

Later this week….many amazing children just like “Kevin”–those who are in a race against time to find a family.