The last few days have been filled with much reflecting and pondering. Ten years ago Anthony and I, together with our two very young sons, landed in Australia.  It was to become our new home—the place God had called us to.

Through tear-stained eyes which could I could hardly even see through, I said goodbye to my precious family in South Africa and headed into the unknown.  It was so hard!

I remember it like it was yesterday.  Connor had just turned two. Kellan was only ten months old.  We left my home country and arrived in a land where I knew not a single soul.  We had sold most of our earthly possessions and would have to start all over again.  Travel was not new to me.  I had travelled a lot prior to meeting Anthony.  But this was different.  This was permanent.  This meant looking forward and not turning back.  Little did I know the lessons God would teach me along the way. 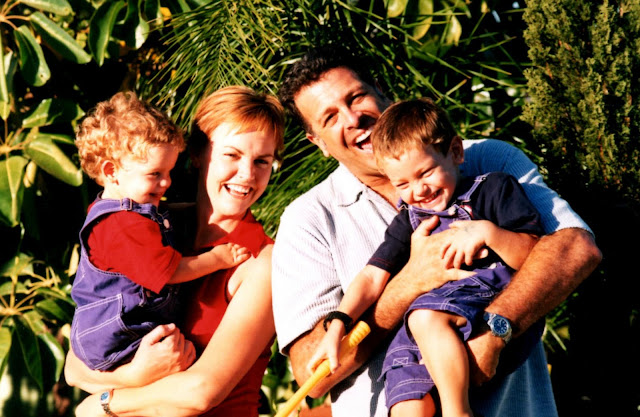 I struggled!  I missed my family something ridiculous.  We moved into a rented home and had nothing to our names but what was crammed into three suitcases.  It was, by far, the greatest test the Lord had given me since I became a Christian.  My life had been turned upside down.  No longer were there a gazillion friends who loved me and visited me at any given time of the day.  No longer were my parents around to take my boys every Friday night so that Anthony and I could have date nights. Oh, and my beloved maid?  She was nothing but a distant memory. Gone was the pampered life I once knew.  I was so desperately lonely.

There I was, forced to spend my days wiping bottoms and cleaning toilets!  For the first time that I could remember, I was forced to succumb…I put on those yellow rubber gloves as high as they could possibly go, and I actually cleaned toilets.

To say that I was less than pleased is an understatement.  While Anthony took off at first light each morning to go and minister in the different places God gave him opportunities to shine His light into—there I was—either with a broom in my hand (which I could quite easily have flown on!) or standing over the stove making the next meal.  The moment the poor guy arrived home, he was greeted by my not-so-very happy face. Misery herself met him at the door. One hundred complaints spewed out of my mouth the moment he made an appearance.  I did also make it abundantly clear that I simply did not like the toilets nasty, and that my old life was paradise compared to this. His response?

“Welcome to the REAL world, darling wife!”  Said with a smile and in absolute love, of course.

He was right.  My former life was really not what the real world is used to.  A maid to help with cooking, cleaning, and child care five days a week is not really what happens in the rest of the world. I had been spoiled.

Gosh, those were the days!  Looking back now I see the hand of God all over that season in my life.  Whew, it is just as well the Father only reveals His plans for our lives a teeny, tiny bit at a time.  Had I of known what was to come in the next ten years, I think I would have turned around there and then and bolted back to my former life!

I so related to the Israelites—looking back was something I learned to do very well at that time.  The only thing that kept me looking forward was the thought of a possible forty more years of the same. And then there was that pillar of salt thing with Lot’s wife looking back.  Uh-uh…I was moving forward! 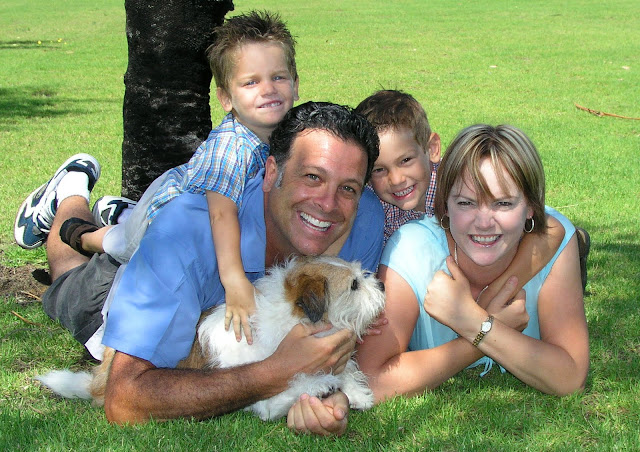 Needless to say, God had to do a profound work in my heart.  There was once a time when I really did think that I was a good wife and a great mother.  Heck, I even ran a ministry for mothers in our large church in South Africa.  But it wasn’t until God stripped everything away from me, and my heart was laid bare before Him (and my husband) that all the yuckiness hidden in dark places began to surface. Sin was revealed—and it was nasty.  I had a seriously long way to go in becoming the woman God was calling me to be.

Isn’t it amazing how many lessons we can learn from scrubbing toilets?

And so my journey began.  For the first time in my walk as a Christian, I began to learn what true surrender to God actually meant.  I remember waking up on some mornings,  just aching to have my mom near, longing for a good friend, or yes, even wishing that my dear maid was there to pick up after my sons who all of a sudden seemed to make more mess than twenty kids together could possibly make.  Or perhaps they were always like that, it was just that now I was the one having to pick up after them.

Slowly but surely, I began to die….to self.

For the first time I gave God full permission to come in and do whatever He pleased with my life.  And He sure did.  My circumstances didn’t change very much over the next three years, but I did!  I began to see those toilets differently.  Instead of being served upon, God was teaching me how to become a servant–impeccably timed, of course, as Connor was potty training and just could not perfect the art of getting it all in the potty.

As I reflect on the last ten years of my life, I am amazed at the journey the Father has taken us on.  Has it been easy?  No way!  We have lived on three continents, moved in and out of more homes than I can even remember, said goodbye to family and friends countless times (that for me is one of the hardest parts), we’ve lost two parents within three months of each other, dealt with unemployment, made more mistakes than we care to count, failed, succeeded, lived with much—and lived with very little.  It has not been an easy ten years.  Not at all.  But you know what one of the greatest lessons I have learned?

It’s in those times when everything is stripped away, when times are hard, when life makes zero sense, when we cannot see the trees through the forest, and when all we want to do is go back to what we once knew or had—to our safe place, our easier life, our comfort zone—it’s THEN that we see His faithfulness.  It’s THEN that we see the Father’s goodness, His mercy, His abounding grace, and His infinite love which our hearts simply cannot fathom.

Going backwards is never an option.  We must press on toward the finish line. We have to keep moving forward, no matter how hard or painful the season is.

As I ponder, I would not trade the hard times for anything in the world.  In fact, the last ten years have taught me to embrace the difficult seasons, to accept them as a time of drawing nearer to my Savior.  It has been in those times when the mountain before me has felt insurmountable, that I have seen Him and felt His presence like never before.

Through it all, God has never, ever, not once, let us down. 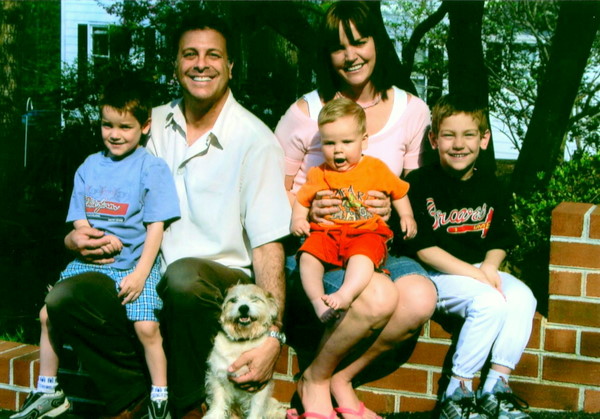 I’m excited.  Anthony and I feel so blessed.  As I sit here, I am ten years older than I was when we landed in Australia on this day in 2001.  Time sure has flown by.  We’ve given up much to follow the Lord’s call on our lives.  But oh, how very, very much we have gained!  I just have to look at the five children God has added to us since making that life-changing move ten years ago to know that it has all been worth it.  Four of them would not be here had we said, “No thanks, Lord, we’re staying put.”

Following the Lord with reckless abandon is never, ever easy.  But once we do it, once we make that commitment to say “Yes,” come what may, we can never go back!  We simply have to keep putting one foot in front of the other and following, following, following…..

No matter where the road may lead us.  No matter what He asks us to do in this life.

Our answer will always be, “YES!”

Anticipating the next decade with a heart of expectation.  Embracing His plans and purposes for my life–for they will always be for my GOOD!

Learning as I go.

(Yes, and I have absolutely changed my hair color more in ten years than most people do in a lifetime.)