Meet Daniel and Amanda.  Parents to 4 adopted children, and one foster child. (Mathieu 6, Robby 5, Alaina 3, Chloe 2 and Jordanna 3 years old. Three of them have special needs.)

A beautiful story of how in God’s eyes, you are never, ever too young to simply do the thing He calls you to do…even when it seems impossible! 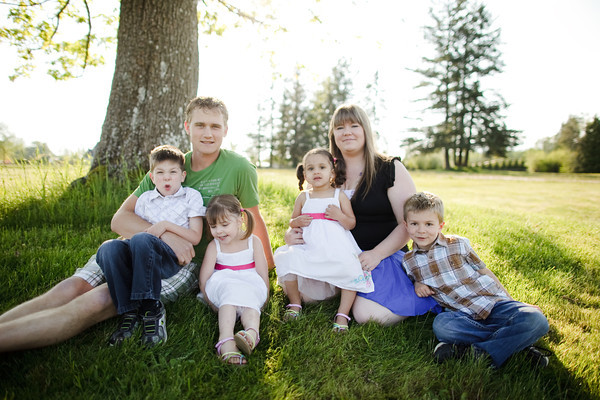 Our adoption journey began long before we knew what was happening. My husband and I both knew we wanted to care for orphans in some way or another when we were still in high school. We always imagined it would be working at an orphanage, or something along those lines.

We got married when we were only 18 and 19 years old, and during our first year of marriage we started to hear God’s call upon our life.  He was telling us to adopt. We instantly felt a peace about it and sought council from our church leaders before proceeding. Although they were very supportive, knowing our hearts and abilities, everyone else thought we were crazy! Everyone kept saying, “Don’t you want to travel?” I wasn’t sure why everyone thought we should travel, but instead of listening to them, we listened to God.

At 19 and 20 years old, in the spring of 2004, we started the adoption process. We realized we were too young to adopt through most international countries, and didn’t have the money either. We also felt like we were to adopt those who were forgotten or unwanted, so healthy newborns were not something we felt called to.

Our search led us to the Ministry of Children and Families, namely, children in foster care. We started the education program and learned everything about special needs and foster children. After that our home study began and we eagerly awaited the next step. In the Ministry, you have to first complete a home study. After that, they submit your home study to a central system, and you wait until you are matched–something that can take quite a while. By this time it was May 2005.

We were almost finished with our home study and were starting to collect toddler items, the age they said we would most likely be matched to (there are not usually children under the age of three available for adoption). We walked into one of our visits with the social workers, only to meet a grim face. Our social worker proceeded to tell us that the rest of the office thought we were too young. On paper, we were simply young kids, fresh out of high school. To our social worker, we were much more, but in order for the matching process to work properly, the social workers of the children up for adoption had to be on board with us too. She continued to tell us that we should just sit back and take a two-year wait. Then we would be a bit older in the eyes of all the other social workers.

We walked away discouraged, but thought it must just be God’s timing. After all, if it was meant to happen, it would. It was beyond our control. We decided to take the next two years to further prepare. In fact, that weekend we gave notice to our rental suite and bought ourselves a condo, which would be ready six months later. We made arrangements to move in with my parents for six months, who lived in a two-bedroom townhouse with my younger teen sister. It would be crowded but only for a short while!

The following week, we made plans to meet our social worker and finish off the last visit for our homestudy and wrap things up. As we walked in, we noticed a strange look on our social worker’s face. After the previous week’s encounter, we didn’t think it could get much worse! We sat down and she proceeded to tell us about a little boy named Mathieu. Apparently they had tried to match him with five other families who had all turned him down due to his drug and alcohol exposure. Furthermore, he was only two months old! We couldn’t believe it! We didn’t even know what to say. It had only been one week prior that we had been told we were too young and would have to wait two years! 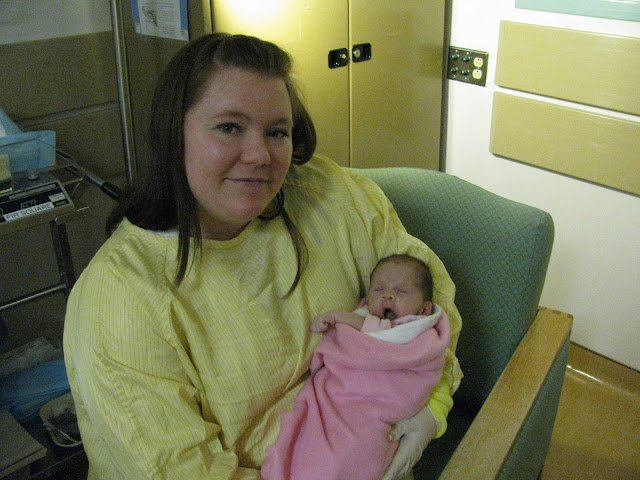 We of course said yes! We found out that we were to bring him home three weeks later, and we suddenly started to panic! We didn’t have ANYTHING for a baby! We didn’t even know what to do with a baby! I ran to the bookstore and quickly bought “What to Expect the First Year” and frantically started reading. We purchased baby items as fast as we possibly could and had many gracious donations given to us from people at church. We also let my parents know there would be one more addition in their tiny two-bedroom townhouse.  It was going to be squishy! 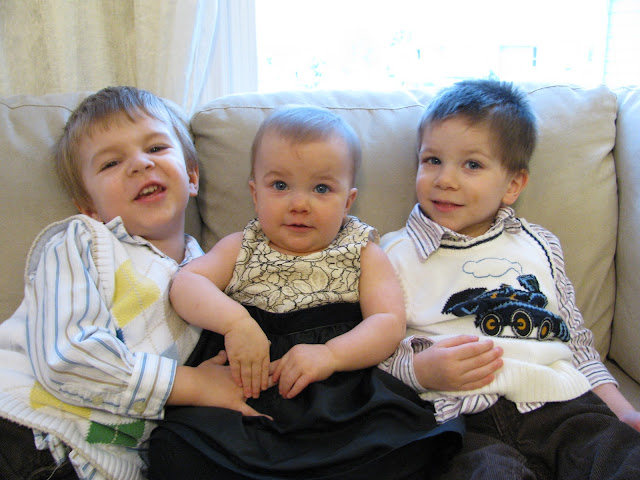 But God knew. God knew we were obeying His call, and knew we were the right match. Even his name, Mathieu, which means gift from God, could not have been more perfect. Three weeks after being told we were too young to adopt, we brought home our first amazing blessing into our forever family. We couldn’t have been more happy.

Through that process we came to learn about the foster care system (his foster parents were Christians) and a year later we became foster parents. Again, everyone thought we were crazy! “Don’t you want to enjoy your new baby?” and “Don’t you want to travel?” (again with the travelling!) But again, we knew. We knew what we were supposed to do. Since then, we have adopted three more of our foster children and are currently in the process of adopting our fifth from Jamaica. We have also started a ministry at our church, educating and supporting families in the adoption process, trying to break down fears and lead more people to the adoption choice as something God calls us to do. We couldn’t be happier with our bunch and continue to look forward to growing our family through this amazing God-inspired way! 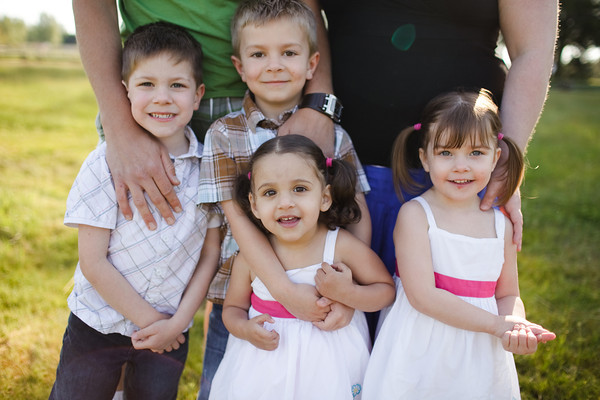 “Don’t let anyone look down on you because you are young, but set an example for the believers in speech, in life, in love, in faith and in purity.” – 1 Timothy 4:12

Amanda blogs here for her sweet family.  You can also read about their adoption ministry right here.

Anthony shared a beautiful testimony on his blog today. The Markmiller Family:  “Forget the red thread; we got a BIG RED BOW!”  God’s plans are always best!