Today we celebrated my hubby’s birthday. How absolutely blessed I am to be married to this man. He completes me. I’m so thankful to the Lord for His precious gift to me–a man after God’s own heart. A man who will literally go to the ends of the earth to follow his God.  A man who will say “Yes” to the Father, no matter what the cost. 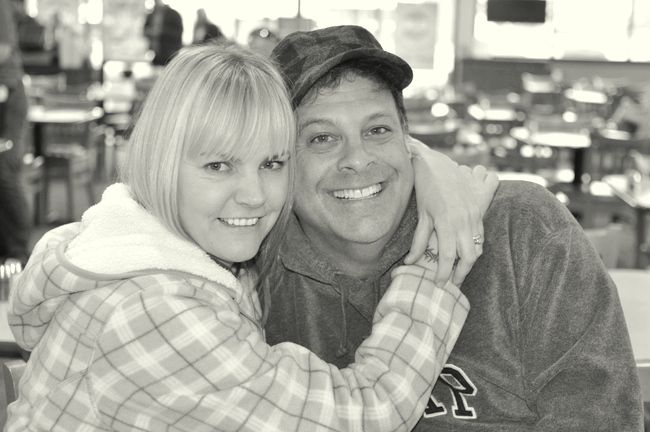 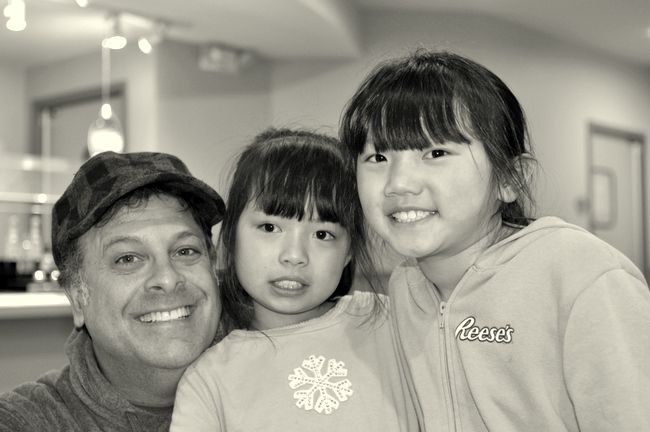 Anthony with the in-laws. Daddy and his boys. 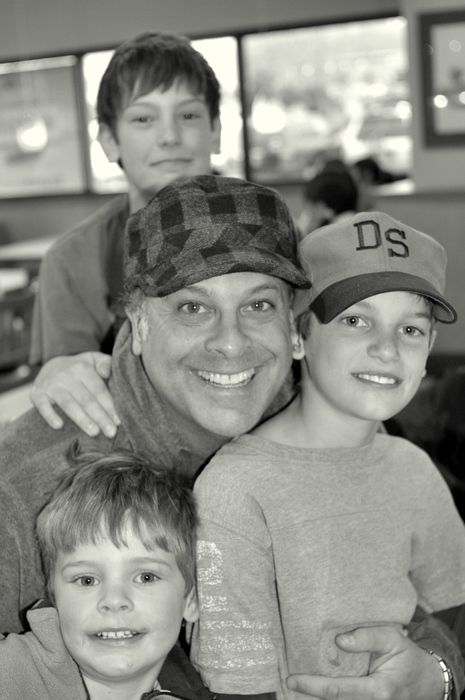 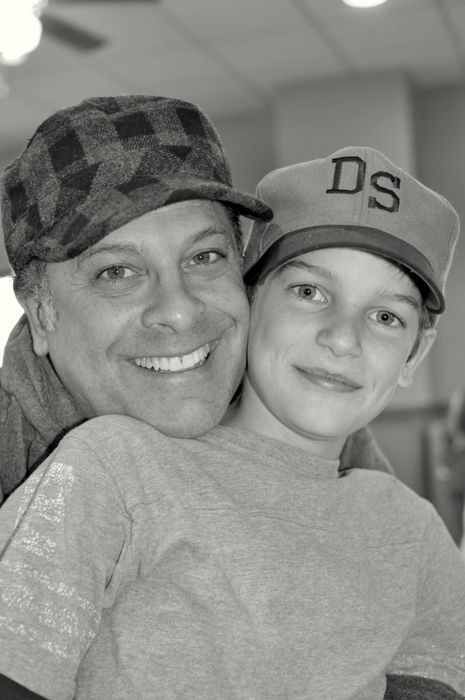 Today has been a blessed day. I am so thankful that the Lord timed it so that I could be home with my hubby on his special day. We rested and just had sweet moments together as a family.

Can you even believe that I arrived home to this?  Oh my goodness, I got off the plane with my flip-flops on and had to dig out some warm clothes to wear. Spring in the mountains is definitely unpredicatable. 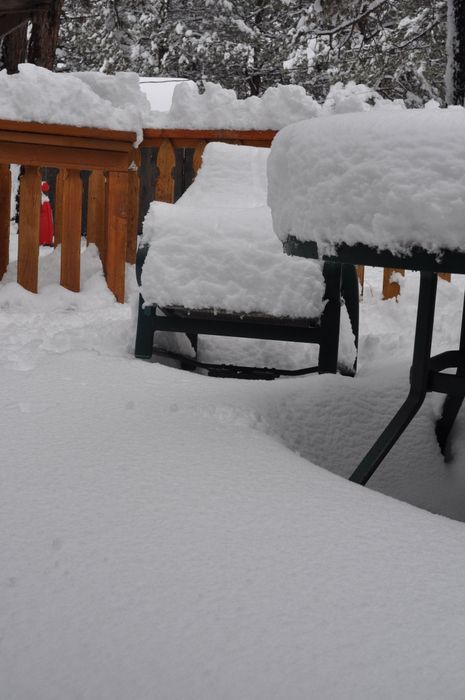 Okay, so I really am a goof.  In my haste to post on my blog about my changing plans last Thursday, I completely forgot to let you know the outcome of court.  Only once I was on the train and heading toward Kiev when I thought about it.  It was such a crazy day, full of emotion.

So let me start all my catching up by telling you about my experience in court.

I am not easily intimidated.  There are few things that rattle my cage.  I can stand up and speak to an audience of however many, and not get nervous.  But last Thursday, I seriously felt the nerves.  Being in that courtroom made me nervous.  Maybe it was because I had already journeyed such a rocky road with the judge.  I don’t know.  I only know that I was a mess.

We arrived at the courthouse and were ushered into this very official looking room.  The interpreter leans over and tells me that whatever I do, “please do not cry in front of the judge.  He does not have any mercy and will not approve of any tears.”  Great.  Obviously my facilitator has told her that I am just a big cry baby who has cried buckets of tears in the last four weeks.  I tell myself that I have to hold it together.

The judge keeps us waiting for an hour and fifteen minutes.  We waited and waited and waited.  As the minutes tick by, I get more and more nervous.  Oh my goodness, totally awful.  So intimidating. Eventually he makes an appearance and takes up his position high up on the platform, flanked by two huge guys on either side of him. I figured they must be jurors or something. They sit in these enormous chairs and tower over everyone sitting on the wooden benches in front of them.

As soon as he entered the room, I was absolutely positive of what I have been up against for the last few weeks.  I knew beyond a shadow of a doubt that the judge would not be waivering the ten-day waiting period. This is a spiritual battle–a battle for the lives of two children, and it is hectic.

The judge pulled out a big wad of papers and start reading in Russian. I had no clue what in the world he was saying.  It’s kind of freaky. He reads and reads and reads. He reads my entire dossier, and the statement that I had written for court (why I wanted to adopt the girls).  Not once does he make eye contact with me.  His eyes were glued to the paperwork he was reading.

Finally, after about forty-five minutes of reading, he asked me to “make a statement to him about why I feel like I want these children.”  I was told to stand up, and I answered his question.  Then I was told to sit down.  I followed orders.  My knees were totally shaking and I wondered what in the world was going on with me.  The Lord comforted me and brought me peace.  I was a nervous wreck because I knew that our adoption was in the hands of this one man.  The thought of it made me terrified.  He had been less than happy about me adopting these girls from the start.

For the next thirty minutes or so, the judge fired questions at me.  Each time I answered I had to stand, answer the question, and then be seated.  His main “thing” was why do I want to adopt Hailee?  Did I know and understand her profound needs?  What was I going to do for her?  Blah, blah, blah.

Eventually the interpreter told me that court was adjourned, and the three men walked past me.  She went on to tell me that they would go into another room and make a decision as to whether I would be allowed to adopt Hailee and Harper. Geez, I was freaked out.

We walked around the outside of the building to pass some time.  I prayed up a storm. My heart was at peace.  I knew that I knew that God had not brought me this far only to abandon me now. No way. I knew that no weapon formed against me would ever prosper.

After what felt like hours, we were summoned back into the court room. The group of three men walked past me again and took up their usual position in the ginormous chairs.  The judge read some more paperwork in Russian. I stood there wondering what in the world he is saying, and wondered if my legs were going to totally cave in.  I was more nervous than I had ever been in my life.

After about five minutes of reading the verdict, the interpreter told me that I “have been approved to adopt the two girls.” She went on to tell me about the required ten-day waiting period and that it will actually be a longer time due to the public holidays because the judge would not do anything on a public holiday.

I fought tears and somehow, by the grace of God, managed to hold it together.

The judge exited the room.  I stood there convinced that in the two hours or so that we had been in the same room, he had not looked at my face once and had no clue of what I even looked like.

The reality hit me in the car.  I had some tough decisions to make.  The adoption was only going to be final at the middle of May.  We still had a long way to go. I would have to go home for a short time. Gosh, the thought broke my heart in two.  I didn’t ever remember a time in my life when I had felt so torn.

I took an eight-hour train ride from Kharkiv to Kiev, went straight to the airport from the train station, had to stay there the entire night to catch a 5:30 a.m. flight to Germany the next morning, and made my way home.  By the time I arrived home I was finished.  I felt physically sick just from exhaustion and emotional fatigue.

The Lord has been good to me.  I am aching to have Hailee and Harper right here at home.  But I know that He does all things well.  I know that He has answered prayers, not in the way that we wanted, but in His way, and that is okay.  I am so desperately surrendered to His will and trust Him with everything that is within me.

We are just so absolutely thankful that the God of the universe went before me and has softened the judge’s heart to allow me to adopt the girls.  That is HUGE.  So many times in the last few weeks it looked impossible.  But God!

How blessed we are that the Lord chose us to be Hailee and Haper’s parents.  Our hearts are overflowing with thankfulness.

Now we just have to get them HOME where they belong.