Thank you for sharing in our joy as we add another precious treasure to our family.  Fearfully and wonderfully made–Harper is perfect!

And what a perfect addition she is going to be to our family.  Like her sister, she is loved and treasured already, even though we have never laid eyes on her.

We first saw a picture of Harper last June.  It was on the same day we saw Hailee’s picture.  They were together–the two of them staring at us from our computer screen.  Two. Together.

We started feeling the Lord stirring our hearts, and so we began to pray.  I mentioned before that we pretty much knew instantly that we were meant to adopt Hailee. That was a given.  But what about the other little treasure?

Truthfully, we just didn’t know.  Or maybe we did–but were afraid to acknowledge it.  Perhaps we were allowing fear to dictate. Or maybe, in all our human-ness, we considered all the reasons why we should not adopt two, instead of only considering what our Father in heaven was calling us to do. Perhaps we have known all along what we needed to do–but it just seemed like such an enormous thing to get our heads around.

I don’t know.  We’re flawed and human. We stumble and fall. We get up again. We doubt. We get fearful. We take our eyes off Jesus. We consider the potential consequences…instead of only seeing the blessing.  We mess up more times than we care to admit.

It was around that time of searching, that the Lord gave me a scripture in Psalm.  For the life of me, I could not understand it. I read it over and over and could not figure out why in the world the Lord would give me that scripture.  I was one seriously confused chick I tell you.

We knew a child’s life was on the line.  We know the statistics all too well.  We know the sad realities of children with Down Syndrome in foreign orphanages.  We know the truth about the mental institutions they are sent too. Still, we just did not know what to do.  Duh!

The little girl in the pink clothes and with the bald head would NOT go away. Trust me, we tried.  We tried to run from the voice of the Lord.  We tried to give Him all our completely lame, pitiful excuses.  We tried to tell Him about the plans we had, and the the things we just had to do with our lives.

Over the weeks and months, the little girl in pink crept into our hearts a little more with each passing day.  Every time we looked at her, we saw her WITH Hailee.  That was when the Lord began to speak louder than before.  Yep–sometimes we are just so daft that we need Him to start yelling at us.  And He did!

“This adoption is for Hailee!”

“This child cannot be separated from Hailee!”

“Hailee NEEDS this child.  Not another child…THIS child.”

“This child will be Hailee’s soul mate.”

“Are you listening now, Salems?  YOU GO!”

We finally started listening, friends.  God got us to the point where we realized that adding this little girl to our family would not be about us–but about her sister, sweet Hailee.  We realized that if we left her behind in the orphanage, we would be doing Hailee such an injustice.  We finally got it, that the Lord always intended for these two children to be together…since the foundation of the earth.

The truth is that we don’t fully understand what the Lord has in store for them, or why they cannot be separated.  We really don’t have all the answers.  But that’s okay.  The only thing we are sure of is that one cannot be left behind.  They are inseparable!

Then, finally, as I pondered the scripture the Lord had given me, it started to make sense.

“The stone that the builders rejected
has become the capstone;
the Lord has done this,
and it is marvelous in our eyes.”

Finally, friends…finally I began to understand!  A “capstone’ or ‘keystone’ was a crucial stone used to secure a foundation of a building.  It was often the primary stone used to hold up an arch.  It was an absolutely necessary stone.  Without it, the entire building would collapse.  It would come crumbling down.

And that, my dear blog readers, is why there is absolutely no way that we could ever leave Harper behind.  The two girls cannot be separated.  There is no way.  The Lord Almighty has spoken.  Our only responsibility was to say “yes” (even though it took a while to get to that point)…we’ll leave the rest to Him. He really does do all things well!

God has a plan and a purpose for this little angel.  She will NEVER be rejected again. What a beautiful blessing she is going to be to her sister….a foundational stone. 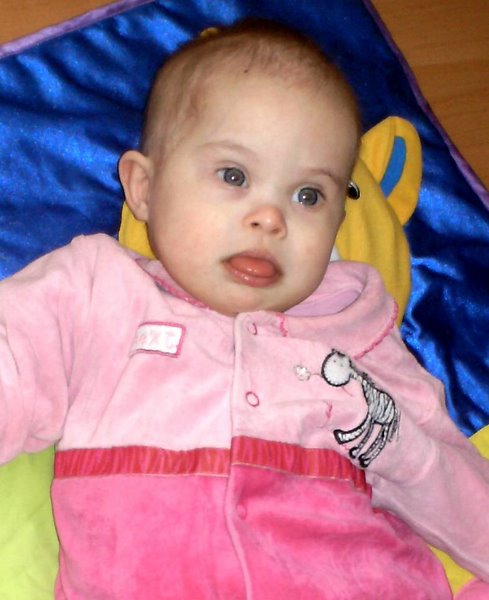 I know that many of you who have adopted children can testify to this…that God puts children in families very purposefully and strategically.  He knows who need to be with whom, and which children need each other.  We have seen it in our own lives with Hannah-Claire and Haven.  My goodness, I don’t know what Haven would do without her sister–who is her voice.  They are amazing together.

Sometimes the journey’s God calls us to take may not be the easiest.  Sometimes they will take every single ounce of faith we have.  But no matter what the road ahead may look like, no matter what hardships may lie around the corner for our family–this little angel is our daughter–she is Hailee’s much-needed sister…and she CANNOT be left behind!